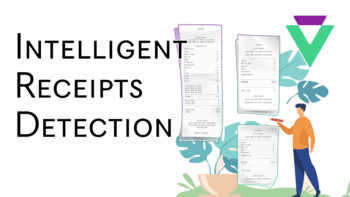 Veryfi’s Data Capture & Data Extraction comes with smarts you will fall in love with. Veryfi Lens AI has an eye for your receipts and invoices to make sure it captures documents and not your dog or cat or sock. This improves the capture of documents streamlining all your backoffice operations from reconciliation to business intelligence.

Some of these smarts you will notice immediately include;

Multiple Documents in the 1 View

Veryfi Lens, is also trained to intelligently detect and natively capture multiple receipts on your mobile device while ignoring tiles, books and other non-receipt objects with edges.

This means that when you visit a restaurant and receive a bill followed by the receipt (confirmation of payment), you can capture BOTH of the documents with just 1 picture. Veryfi Lens will then “stitch the multiple receipts” into 1 PDF (a receipt per page) before submitting it to Veryfi’s Level 3 Data Extraction Platform for real-time data extraction.

Lens is ideal for…

If you are building an app in the following areas, then you must have Lens to not only expedite development of your MVP but also to provide your first customers with superior data capture experience and superpowers of automation.

Veryfi is here to help you capture and extract data securely in real-time from receipts, bills and invoices. If you want to learn more then please reach out to sales@veryfi.com or schedule a call.