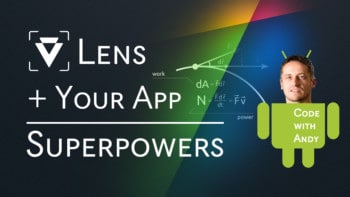 Veryfi Lens is an Android Document Scanner SDK; a beautiful custom camera binary (framework SDK) you can drop-into your Android App to give it mobile product machine vision superpowers in minutes.

Veryfi Lens simplifies the process of document capture and data extraction with only a handful of lines of code.

Who is this for?

If your mobile app needs superpowers to capture and pre-process documents natively on the device for Expense Management, Bill Pay, Bookkeeping, or Market Research then this video is for you/your developer(s). Veryfi’s Toolkit allows you to deliver these solutions much faster and cheaper than trying to build it in-house.

Veryfi Lens only requires a handful of lines of code to instantiate and run. We made it simple so you can focus on your app and let Veryfi handle the rest.

This means you can be up and running in minutes vs months; delivering value and utility to your customers tomorrow!

Packed with Tech to Inspire!

In this short 10 min video Andy (Head of Engineering at Veryfi) walks you through the process of adding Veryfi Lens into your Android App (iOS version also available) so your customers can capture and scan receipts, invoices and bills in seconds.

What used to take months to build from scratch can now be added to your android app in minutes at a fraction of the cost of hiring developers and paying for ongoing maintenance and support.

Sign up here to start your 14 day free trial or contact sales@veryfi.com for a demo and to learn more.