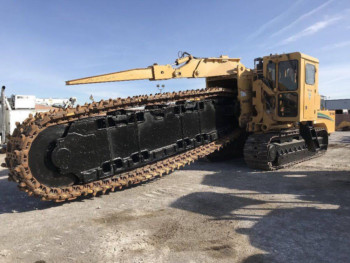 “It’s the convenience of being able to scan receipts while out in the field [that sets Veryfi apart from the competition]. We are now able to pull reports rather than sort through paper copies of expense reports.”

When you see that telltale yellow iron on job sites around the world, you know the contractors, excavators, and builders are savvy enough to be working with the very best machines: Vermeer. Since 1948, Vermeer has been helping its customers chip trees, roll bales, drill holes, crush rock, and chainsaw through just about anything. Their reputation for durability and reliability, with unmatched localized customer support, is second to none. Bottom line: Vermeer, and its equipment, is up for the task.

To offer this kind of unmatched experience, Vermeer employees need the most innovative and accurate tools at their disposal so more attention can be paid to customers. The company has a total worldwide team of nearly 3,000, with several regional hubs around the U.S. One of those is Vermeer Southwest, which has served Arizona, Texas, New Mexico, and Nevada since 1989.

The Vermeer Southwest team, which is 60 strong, was recently exploring ways to streamline expense reporting. Their main goal was to eliminate wasteful, inaccurate, and time-consuming paper reporting — Vermeer employees were losing receipts or just completely forgetting to file expense reports. These are pain points we hear about all too often at Veryfi, and we’re glad the Vermeer team was able to find us.

Seeing Veryfi as a reliable and accurate option, Vermeer Southwest spent a month getting familiar with our solutions and has been completely satisfied since.

“We are now able to pull reports rather than sort through paper copies of expense reports.”

Veryfi is now putting the team at Vermeer Southwest ahead of the competition by connecting employees and saving them time and money with our automated bookkeeping. That means there’s more time to show customers what they can do with the world’s largest chainsaw.