Want a 2nd backup option for Veryfi? One where your collected financial documents can be automatically dropped into your Dropbox folder. Sounds interesting?

Dropbox is a file hosting service that offers cloud storage, file synchronization, personal cloud, and client software. Dropbox allows users to create a special folder on each of their computers, which Dropbox then synchronizes so that it appears to be the same folder (with the same contents) regardless of which computer is used to view it. Files placed in this folder also are accessible through a website and mobile phone applications. ref: wiki

In order to use the Dropbox integration service outlined below, you 1st must have a Dropbox account. If you already do then great, jump straight in. Otherwise go to Dropbox website and register for a Free 2 GB account.

Once you connect Dropbox with Veryfi you will experience bliss. A world you never knew existed until now. Veryfi will quietly send all your receipts to your personal Dropbox folder. At anytime you can disconnect this connection. But rest assured, everything is safe. Including your Dropbox account. We never store any login information. And most of all, all your receipts will now be backed up, synced, into your Dropbox folder.

Pre-Req: You need to be a signed up member of Veryfi and have a Dropbox account. This is the only way to gain access to Connected Apps like Dropbox. Signing up is free and takes under 30 seconds to complete. Learn more about member benefits here and signup for Dropbox here if you do not have an account. 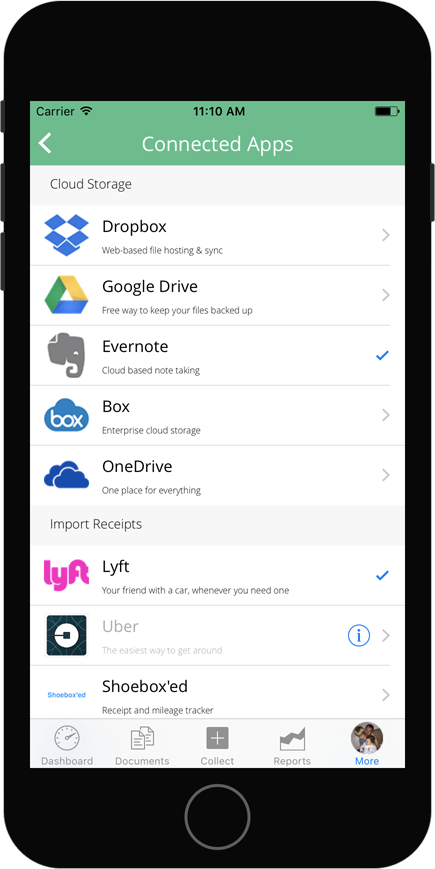 2. From the list, press “Dropbox” to begin the integration process.

3. Select the type of sync method you want Veryfi to use (pictured above right). You can either sync all existing receipts in the Veryfi cloud to your Dropbox folder or sync just the new receipts. Hit Next.

Bonus: Veryfi intelligence service will drop a monthly round up report free of charge into your Dropbox every month. This way you don’t have to do the monthly report yourself. We do it for your automatically.

4. Use your Dropbox account login to connect Dropbox to your Veryfi app. Once connected follow through all the Dropbox screens until you reach a done screen.

5. Once you press done, you will be taken back to the list of Connected Apps. Now the Dropbox cell has a tick next to it (as pictured left) to indicate a successful connection to Dropbox.

To disconnect from Dropbox simply tap the Dropbox cell again. You will be prompted if you really want to disconnect.

What to expect once connected to Dropbox

Based on the sync settings you selected above, you will start seeing your receipts and their meta data appear inside Dropbox under a folder called “Veryfi Receipts” (pictured below). 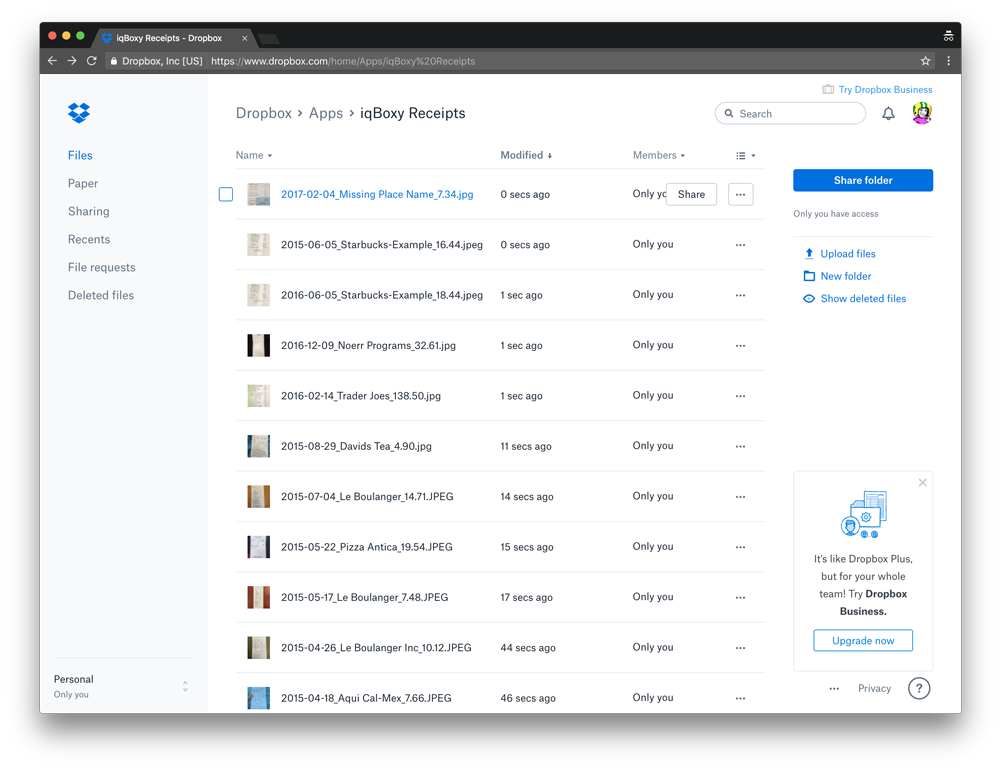