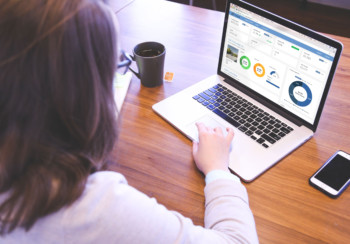 Before founding Stessa in 2016, Heath Silverman and Jonah Schwartz were tech startup executives who also had a passion project as real estate investors. What they quickly realized, however, is that the property investment world is nothing like the tech world. It required so much more time than they anticipated, largely because a real estate portfolio — even one with just a few properties, which is the most common type in the U.S. — was trapped under endless spreadsheets and performance metrics provided only once a year at tax time. There were no established digital processes for things like record-keeping and data analysis, and strangely there seemed to be no desire for these 21st century tools.

That’s when Heath and Jonah had their ah-ha moment:

Perhaps small-scale real estate investors did want this transparency and control over their assets, they just didn’t know how or where to get it. After a thorough deep dive into a new property unlocked almost twice as much value from the building, the entrepreneurs knew it was time to make Stessa a reality. Stessa (which is “assets” spelled backwards) puts all the essential metrics and accounts of a property owner under one roof to provide a real-time view of the portfolio. This should sound quite familiar to Veryfi users because our platform operates much the same way.

“When we set out to develop the mobile application for Stessa, mobile receipt scanning was the key feature our users were asking for,” says Jonah. “Veryfi technologies enabled us to create a ‘wow’ experience for our users. The combination of Veryfi Lens and Verify API feels like magic.”

Mobile receipt scanning proved to be such a valuable service for Stessa’s customers that the company integrated Veryfi technologies with its web application as well.

Stessa did its due diligence before linking up with Veryfi, but none of the other solutions on the market came close to Veryfi’s performance and features — hitting that sweet spot of advanced technology and privacy controls all under one roof.

“Veryfi Lens’ tight integration with the Verify API allowed us to get to market faster and avoid integrating with multiple vendors,” Jonah says. “Veryfi’s backend was faster and more accurate than the other solutions we looked at. We wanted a solution that was both fast and accurate, and Veryfi was the best solution we found.”

Stessa finds the Veryfi Lens’ edge detection particularly useful while the ability to upload and process multiple documents simultaneously is a key difference-maker.

But perhaps the most important reason Stessa chose Veryfi was for growth potential and security.

“It was important that Verify was able to scale alongside Stessa,” Jonah says. “The fact that Veryfi does not use human-in-the-loop techniques meant we could rely on the service to remain responsive even as our volumes scaled up.”

Thanks to Veryfi, Stessa’s customers now have 24/7 access to their real estate portfolios and can make informed decisions on the spot. Stessa has also been using Veryfi tools for more than a year and has experienced no downtime incidents.

Stessa is a subsidiary of JLL and is headquartered in San Francisco, California. Learn more about the company at stessa.com.